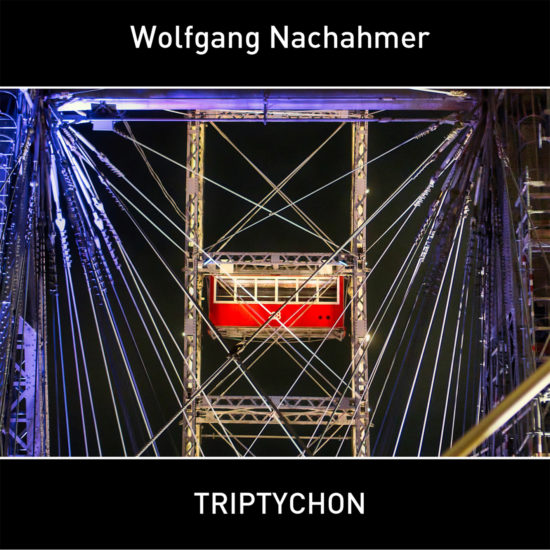 Wolfgang Nachahmer keeps being anonymus. His music is purely what you hear and not what you might expect if you knew the well known artist behind this album.

With his 5th album at SynGate Records (4 officials and one limited special edition) Nachahmer once more but not only expresses his great passion for Berlin School. But this time you find furthermore sounds of alternative electronic melodies and analogue guitar flowing into unique compositions telling little selfcontained stories. Tracks like “Riesenrad”, “Der Aufzug”, “Normalerweise”, “Kristallmaschine” and “Wendekreis” are like little short storie. These talk about a scene in a Ferris Wheel, about an elevator, a consideration about what is normal or not, about a crystal machine and a turning circle. Finally the title track Triptychon, which is the longest one spanning more but 22 minutes, really is a triptychon merging wonderfully in a soundpainting of three parts.
The album shows once more the versatility of Wolfgang Nachahmer, who is recognizable in his style but at the same time suprises with new ideas and compositions.

Get the whole album here…