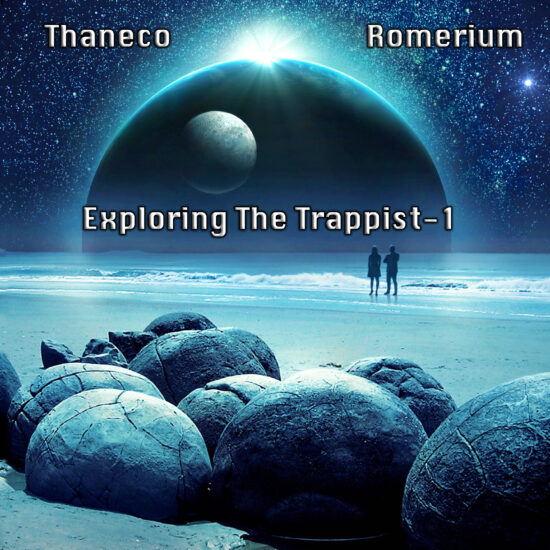 On February 22, 2017, NASA announced the discovery of the most Earth-sized planets found in the habitable zone of a single star, called TRAPPIST-1. This system of seven rocky worlds–all of them with the potential for water on their surface–is an exciting discovery in the search for life on other worlds. There is the possibility that future study of this unique planetary system could reveal conditions suitable for life.

This is the fourth collaboration of Thaneco (from Greece) and Romerium (from the Netherlands). The style of this album is towards cinematic ambient, sometimes bright and optimistic and other times dark and mysterious. Each track is composed in a different key signature according to the exoplanet’s code name (1b is written in the key of B, 1c in the key of C and so on).

get the full album here