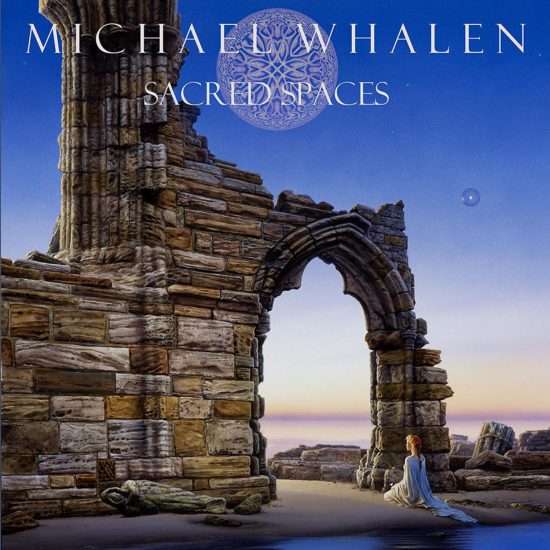 You can get the album here on amazon

Ten years in the making, “Sacred Spaces” is an epic electronic album by Michael Whalen, an award-winning composer who has released 33 solo and soundtrack albums since his 1984 debut. In addition to his work as a sound designer, Whalen has composed more than 800 TV and film scores as well as thousands of commercials, TV themes and video games. Aside from the stunning sound quality and the beauty of the music, “Sacred Spaces” is very different from 2019’s “Cupid Blindfolded,” Whalen’s first solo piano album in twenty years. Obviously not content to find a groove that works and then stay there, Whalen’s drive to keep venturing into new musical territory is part of what keeps his music so fresh and creative. In short, “Sacred Spaces” is one amazing album that will undoubtedly put Michael Whalen back on the top of the charts and earn him a slew of new awards.

“Sacred Spaces” began as an idea to create an orchestral album about Whalen’s personal search for a higher power. “There was a point where I ran out of gas, maybe because part of me didn’t really want an answer. A couple of years ago, I revisited some themes I’d written and thought that maybe I should do this as an electronic project…. Sacred Spaces is the expression of something that is impossible to say. Music can go to a lot of places words can’t. This is that record.” The creator of countless sounds for TV and films, Whalen was passionate about building Sacred Spaces on a foundation of new sounds, and for four months, he worked exclusively on creating more than 800 of them. Once that was done, the album came together in about six weeks. Every sound on the album is original.

“Sacred Spaces” opens with “A Metaphysical Morning,” a piece that begins with the sound of birds and then a mix of electronic effects before adding a catchy rhythm and ambient music that seems to blend city noises with a more peaceful natural setting. The layers of sound are hypnotic and keep the music constantly evolving. The title track draws you in with a quiet energy and fascinating instrumentation that ranges from obviously electronic to penny whistle to piano to ethnic vocals – very compelling and cinematic. “Ordinary Miracles” was the first track with a video, and that video is amazing – as is the music itself. The visuals really bring the meaning of the piece to life. “1000 Paper Cranes” is a tribute to Hiroshima victim Sadako Sasaki, a very young girl who died of radiation sickness after the blast. Whalen explains: “There’s a Japanese legend that if you create a thousand origami cranes, you’ll be granted a wish. Sadako’s wish was a world without nuclear weapons.” The music is a very effective blend of light, breezy instrumentation, ocean sounds, and a cinematic sweep. “An Ocean of Candlelight” is one of my favorites. Very peaceful and soothing, it has a very magical quality to it. Slow and atmospheric, “The Inbetween” expresses a range of emotions and feelings from peacefully floating to deep sadness. Gentle melodies weave in and out of the piece and some passages are fully ambient – I really like this one, too! (Actually, I love the whole album!) Appropriately, the album closes with “The Afterlife,” one of the most joyful and “fun” portrayals of life after death I’ve heard. Don’t miss “Sacred Spaces”!