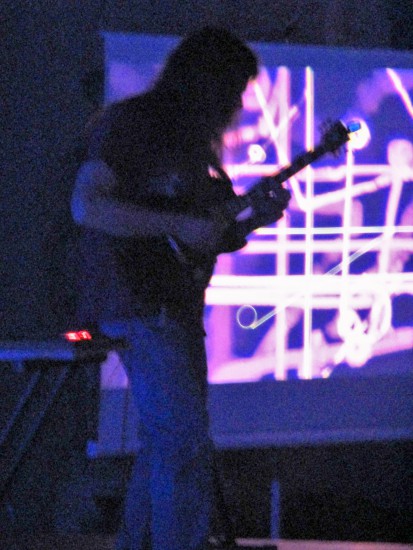 This is my new album in its current form, consisting of 3 pieces. One is finished, one is almost-finished, and one is composed but not yet recorded with “real” Instruments. The Cover will also be changed…this is the first sketch. Need different Gear Wheels

This is an attempt to write ever-changing polyrhythmic music that one can listen to easily while things and gears in the background get complicated. Submit to it…you will get carried away but survive in the end!

This track was written for the PANO Compilation. The challenge was to find any landscape, real or imaginar (which is also real but on a different level.)
I chose Forest/Vineyard as a theme, because I live in an area where the largest contiguous forest and the second largest wine producing region of Germany exist next to each other.
I wanted to symbolize a mountainbike tour of 30 km in 12 minutes (which is a bit faster than I can actually ride on the bike).
It starts at home, in the forest, going uphill, until the border between Forest and Vineyard is reached.
Everything changes there, and then you go downhill on fast tracks; sometimes the direction changes while the speed stays the same.
Later you will reach a steep uphill road, your legs keep on moving like clockwork, but your mind is somewhere else when you reach your home again.
You have arrived where you have left, but it is not the same place any more.

3.) Reflective Tree (composed but not yet recoreded with “real” instruments)

This is ca. 30 Minutes long. I wanted to write a progressive song about the inner processes of a man who cut down a big tree. (it was never found out who did this).
This piece can be heard today for the first time in public. The composition was done entirely with software, and what you hear is the output of the software, the digital score. Some things will of course change until the final version: Write lyrics for 3 verses (beginning, middle, end), record and sing them myself, record all the instruments “in real”: Bass, Electric and Acoustic Guitars, Keyboards, Pianos, and Drums. (this is quite a bit of work).

PANO  is the title for a new Dhatura/E-Con comp. The simple explanation of the concept is that artists will interpret a panoramic image as an expansive, ambient sound-scape (8-12 minutes each approx). Originally expecting 120 minutes or so of music, the whole project has now a complete running time of 2 1/2 hours. It will be both beautiful and magnificent. This is the first of their comps for this year with plenty more in development and an E-Con Net Label on the way!