Kuutana is a Canadian multi-instrumentalist, composer, and producer with more than twenty albums released in the Ambient, New Age, Chill, EM, and Psychedelic Progressive Rock genres. Kuutana also founded the Borders Edge Music Label in 2010. Kuutana is a member of the part-time faculty and also teaches music and digital media interest students at Algonquin College in Ottawa, Canada where he was previously schooled in Digital Music Production.

A multi-instrumentalist and producer, Kuutana has been composing original music since a very young age. Choosing the less conventional path of timbral exploration instead of interpretation of existing composers, Kuutana was initially pulled into music synthesis (with modular synthesizers) in the 70’s though he also was avidly interested in playing the keyboards, guitar and flute. During that period, Kuutana was also introduced to the ambient works of Brian Eno, using tape loops to create ambient soundscapes. While Robert Fripp was presenting to students at McGill University in Montreal, Kuutana also had an opportunity to talk with Robert about his “Frippertronics” loop-based ambient projects, an event that further fueled the passion for what was to come.

Through the 80s and 90s, Kuutana developed skills in MIDI programming and combining sounds from analog and digital synths, as well as developing his interests in the guitar and flute. During this time, recordings were primarily for personal use and sharing with friends. Kuutana also performed at local venues during special events open to new sounds and the emerging genre that was New Age music. Strong influences during this periods were Brian Eno, Tomita, Kitaro, but also Tangerine Dream and Larry Fast (Synergy). On the Psy/Prog. Rock and Fusion side, influences included Pink Floyd, Yes, Genesis, Gentle Giant, Mahavishnu Orchestra, and Jeff Beck (to name a few). Despite strong interest in music technologies, Kuutana took every opportunity as he traveled in several Asian countries (Okinawa Japan, and China in particular due to his 40+ years of practice in martial arts) and in India to find and collect locally native instruments and explore native sounds and compositional approaches.

Following the passing of the new millennium, recording and self producing the content for a published album became increasingly more viable. By 2010, Kuutana had accumulated enough material to release his first album, called “Serenity”. Again, leveraging off the empowerment offered by new communications media such as the internet, Kuutana received initial recognition in the New Age circles after the long-running syndicated Space and New Age genre radio program “Hearts of Space” featured some of his tracks on their (US) nationally distributed program (NPR radio).  The “Serenity” album was followed by several more solo works in the following years, but also the introduction of collaborative efforts under both the Sequential Dreams and Sundown Cafe titles. 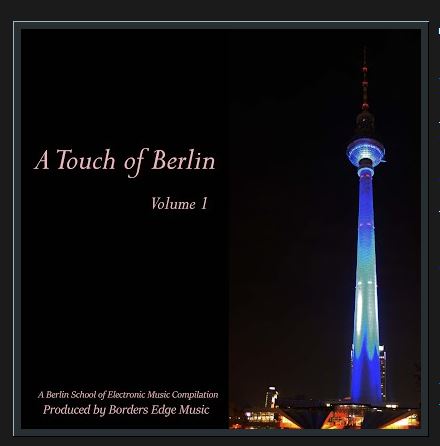